UK vets have requested a meeting with Jacob Rees-Mogg to warn that the government’s decision to remove a series of post-Brexit checks on goods from the European Union will remove the UK’s ‘first line of defense against the entry of diseases into the country”. .

The leaders of the British Veterinary Association (BVA) are so alarmed by the decision that they wrote to Jacob Rees-Mogg on Friday requesting an urgent meeting with the minister to discuss the policy and its implications.

BVA chairman James Russell told PoliticsHome that his organisation, which represents nearly 20,000 vets across the UK, had received “no communication” from Rees-Mogg, Boris Johnson’s minister for Brexit opportunities, before the government announced the decision on Thursday morning, and “minimal communication from the Department for International Trade (DIT)”.

During a trip to the Eurotunnel in Kent on Thursday, Rees-Mogg confirmed that the UK’s initial plan to introduce physical inspections on fresh food, animals and plants imported from the continent on July 1 had been abandoned. These checks had already been delayed three times since the UK left the EU.

Instead, ministers want to introduce an “enhanced” border regime at the end of 2023, based on digitized import controls, which they hope will make the vast majority of physical inspections unnecessary.

The government has admitted that continued red tape post-Brexit will deepen the cost of living crisis by making everyday supermarket items more expensive. The red tape would have made it more expensive for European businesses to send products to the UK, leading to higher prices in UK stores.

The move was welcomed by industry groups such as the Food & Drink Federation, Cold Chain Federation and UK Chambers of Commerce. They said supply chains were already strained by inflation, rising energy bills and the effects of Russia’s invasion of Ukraine.

But among those strongly opposed to the decision to delay checks was the BVA, which warned that allowing cattle to enter without sufficient checks would put the UK at risk of importing infectious diseases from abroad such as African swine flu, which Russell says is “now endemic”. among the fauna in parts of continental Europe”.

“We highlight the devastating impact that African swine fever has had in China in recent years,” he said.

“Just look at the cost to the public purse of the foot-and-mouth outbreak in 2001. We’re not talking peanuts, it’s a significant economic risk on top of the animal welfare risk.”

When PoliticsHome asked Rees-Mogg about those warnings on Thursday, he sought to downplay the threat posed to biosecurity by removing physical checks on animal and plant products.

“Why does a fish finger need ID?” he said.

“If you have a packet of cheese, and it’s sealed and wrapped in cellophane, why do you need a vet to look at it? What is the vet going to say? Lots of security were completely irrelevant and this has always been an EU approach designed to protect EU markets”.

The minister said the government has the power to carry out checks ‘based on intelligence’ when ‘there is something you are concerned about’.

Russell said the minister’s response “misses what we are doing with these cheques”.

“It’s about what’s coming and where it’s coming from,” he told PoliticsHome.

“The best, [importing an infectious disease] would hurt our agriculture sector, but at worst it would endanger our food security and could be the next species-hopping disease like we’ve seen with Covid. Why would we think it acceptable to do without these assurances? » 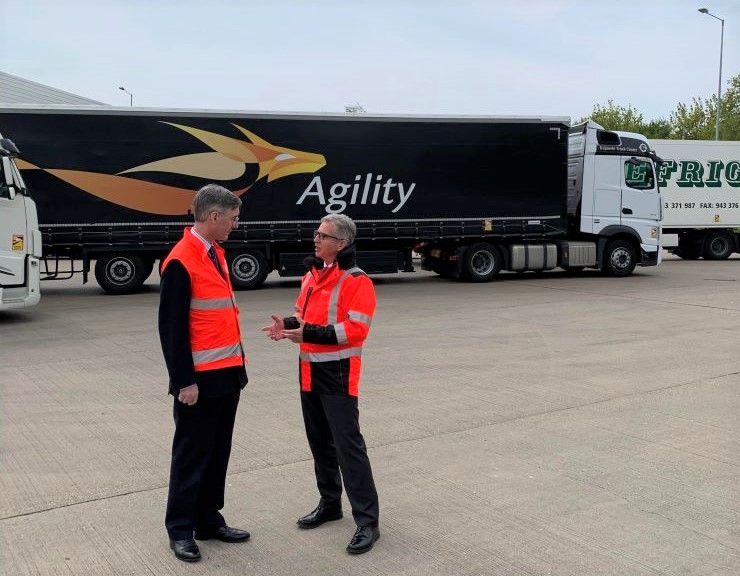 A government source told PoliticsHome that biosecurity risk warnings were one of the issues raised during Cabinet discussions on whether to scrap July 1 checks, the Department for the Environment, Food and Rural Affairs (Defra) expressing particular concern.

Another was the level playing field argument: by failing to implement controls, ministers give EU traders a competitive advantage over those at home by allowing them to export to the UK with little friction, while UK exporters to the EU are faced with the full panoply of red tape. .

Anand Menon, director of UK think tank In A Changing Europe, said the fact that EU companies would find it easier to export to the UK than the other way around was “curious to say the least”.

“It’s very, very ironic given that while many Brexiters were talking about Brexit in terms of the trade imbalance, what we have now is a situation where life is much harder for UK exporters to the EU, only for exporters in the EU and UK,” Menon said on Friday.

Rees-Mogg rejected that argument, however, insisting that the bloc’s decision to carry out checks on goods entering its markets from the UK – a trade barrier created by Brexit – was an “act of ‘self-mutilation’ perpetrated by a ‘protectionist racket’. “.

A study published this week by the London School of Economics found that a sharp drop in UK exports to the EU led to a one-third drop in buyer-seller relations between the UK and the EU after the implementation of the post-Brexit trade agreement. It is part of a growing body of evidence showing how Brexit has had a negative impact on UK exporters to Europe, especially small independent traders.

Rees-Mogg also acknowledged that port authorities had spent significant sums to develop the facilities needed to carry out the July 1 checks, and that the government had spent taxpayers’ money to prepare the country’s borders for these post-checks. Brexit.

Laurence Dettman, Port Health Manager at the Port of Hull, where plans had been put in place to hire 20 more people to handle the increased import workload, told the Hull Daily Mail that the government’s announcement this week was “deeply worrying” for ports like its own which had “invested heavily in their readiness to meet government expectations”.

But rather than shy away from the announcement, Rees-Mogg made a point of celebrating it by walking around the Eurotunnel complex on Thursday wearing a high-visibility orange jacket.

He told PoliticsHome the abolition of checks was a benefit of Brexit, not a failure of it, and one of the many “freedoms” he would unlock as the government tries to demonstrate how leaving Brexit EU has benefited the country.